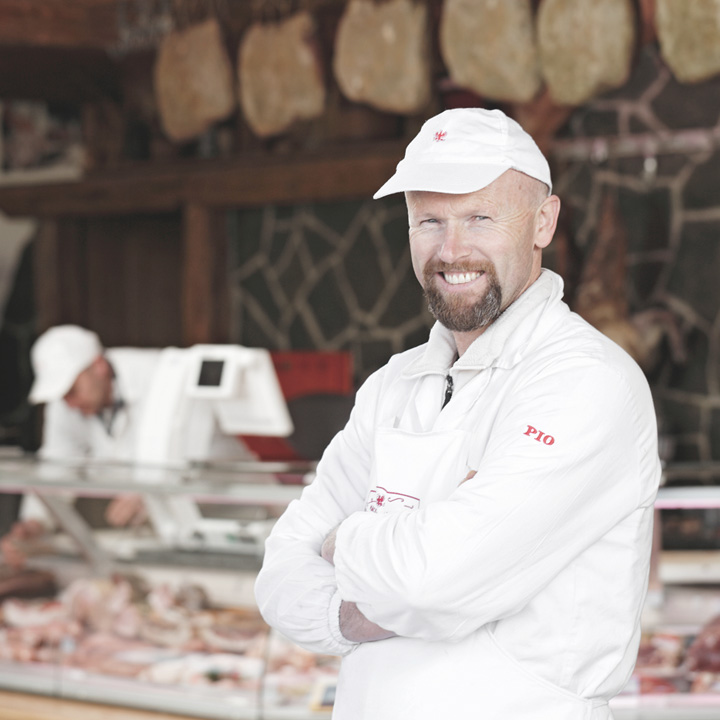 Why we chose them
Corrà family's business began in 1850 when Giacomo Corrà, Luca and Pio's great-grandfather, moved to Smarano from Revò and opened a "bettola", a shop where you could find almost everything, including their own-slaughtered meat and sausages produced by the family. After the first World War, Pio's grandfather began to manage the shop and the stable where the family raised their Grigio Alpina cows. In his memories he left to his son Giacomo and his grandchildren he wrote not only about the war in Russia, but also his precious recipes, still used today by Luca and Pio in the production of Corrà specialties. Corrà brothers carefully select meat that is only coming from the Trentino area to produce typical charcuterie of their land, in the sign of the family tradition.
From the same producer
Show all products