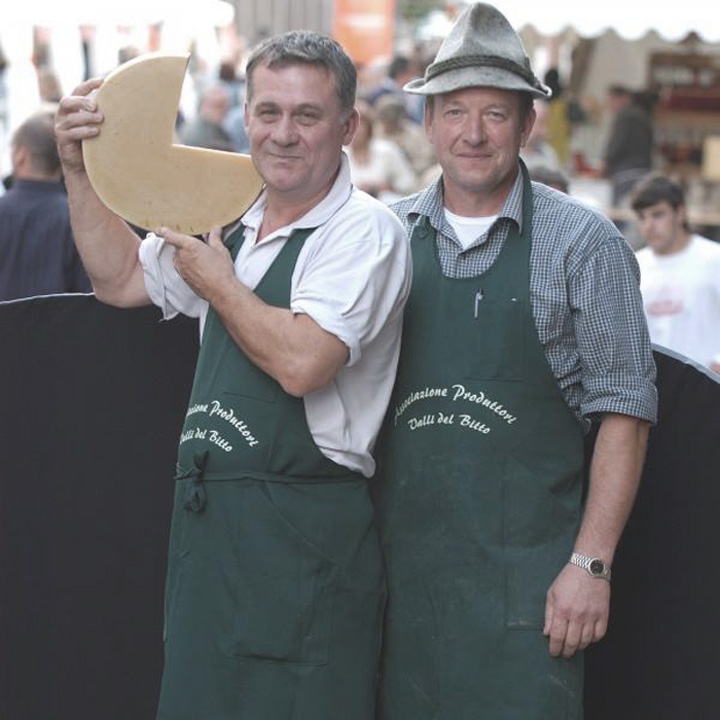 Why we chose them
The Historic Rebel is a traditional cheese from Alberedo and Gerola Valleys in the province of Sondrio, produced with great passion by 13 cheesemakers on alpine pastures. It is produced according to ancient techniques in "calècc", a millenary stone structures that dot the mountain slop of the Alps, created to set up a mobile dairy area. The production takes place in the pastures, with fresh milk still warm milked from cows and goats that are fed exclusively with alpine grass. A singular and sincere name, to define a cheese already known as Historic Bitto. Bitto's historic producers have decided to "rebel" after the cheese has been declared DOP and its production area was extended. The new discipline, less rigid than the original one, put very different productions on the same level, so historic producers decided to distance themselves producing the "Bitto Storico". However, the name legally conflicted with the Bitto DOP, so with the support of Slow Food and the creation of a consortium of the 13 historical producers, the Historic Rebel was born: a new name for a millenarian cheese.
From the same producer
Show all products