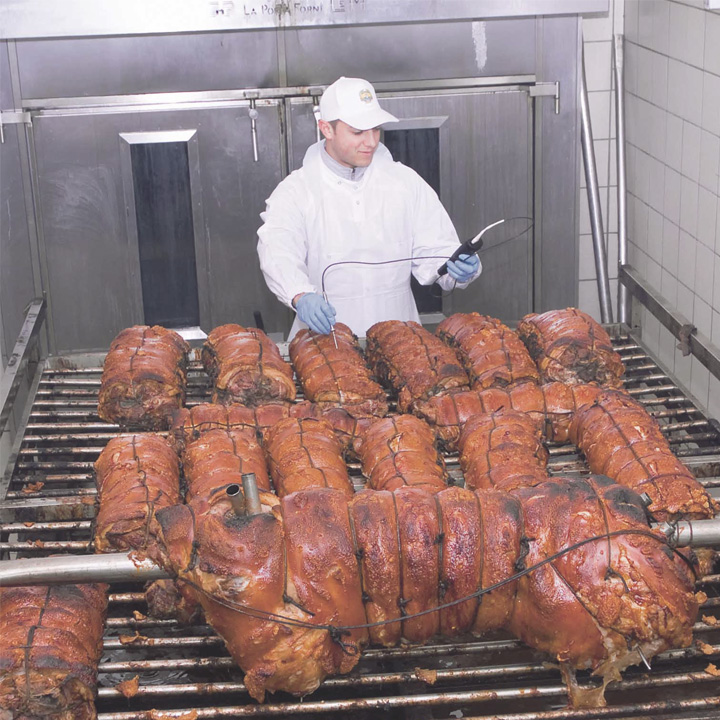 Why we chose them
About mid-twenties, near the Hippodrome Capannelle in Rome, the Leopardi family ran a restaurant with home cooking based on local products. One of the flagship recipes was just the roast pig, prepared from pigs bred in own and cooked in a wood oven. The diner was destroyed during the Second World War following the bombing of Rome. In 1947, at Ariccia, Empledocle Leopardi began to produce the Porchetta and to sell retail in a street kiosk, a tradition continued by his son Francesco. Ivo started to increase production, passing from retail to wholesale. In 1950 Francis, along with his brothers and father Empedocle, organized by the local administration consensus that, the first festival of Porchetta Ariccia, arrived today at the 60th edition: a festival that boasts thousands of visitors, promoting the history, culture, costumes and typical gastronomy of the place. Today, with George, the third generation of the family, Leopardi has become a modern company, but managing, at the same time, to maintain the craftsmanship of the work.
From the same producer
Show all products