Where was Caciocavallo cheese first produced? By sifting through the myths an...

Where was Caciocavallo cheese first produced? By sifting through the myths and legends, we discovered a cheese that “straddles” two civilisations

Trying to figure out where the name Caciocavallo and its production originated from, is like trying to untangle the intricated web of a thousand different leads in a good detective novel. When it comes to attributing the origin of a prestigious product like this one, the history borders on mythology and the various theories are a contradiction of quotations, tales and dates that do little to help food historians and anthropologists with their difficult task of providing some clarity. That being said, we’ve tried to make some sense of the facts.Basically, there are three theories: the first points to the cheese having a Persian-Ottoman origin, the second ties the product to the agropastoral tradition of the ancient Romans, and the third to the Diaspora of the Spanish Sephardic Jews.

KASHKAVAL
According to the first theory, the word caciocavallo (literally translated as “cheese on horseback” in English), derives from a combination of the term kash which means cheese in Farsi (Persian), and its designation of origin, i.e. Kaval. The word Kaval refers to the name of the Greek town of Kavala which lies on the Bulgaria-Turkey border and was the first production centre for this cheese.

Kashkaval was one of the favourite cheeses of the Sultans during the Ottoman Empire.

Even today, Kashkaval is one of the most popular cheeses in many Turkish-Balkan and Middle-Eastern countries. Many varieties of the cheese are produced in these countries, but none have the classic pear shape of their Italian “cousins”. According to the studies of the Belgrade Faculty of Veterinary Medicine, this was not what happened at all.

The kačkavalj was a speciality of the Aromanian communities, a Vlach seminomadic ethnic group camped along the central-southern area of the Balkans.

Oddly enough, the word caș also means cheese in their language! The Aromanians produced the cheese with raw milk and tied it around their horses’ necks so that it could be brought with them during the transhumance.

However, according to Serbian historian Olga Zirojević, it was the Jewish merchants who first introduced the cheese to Istanbul in 1588 from Spain; it was introduced as a variation of the Queso 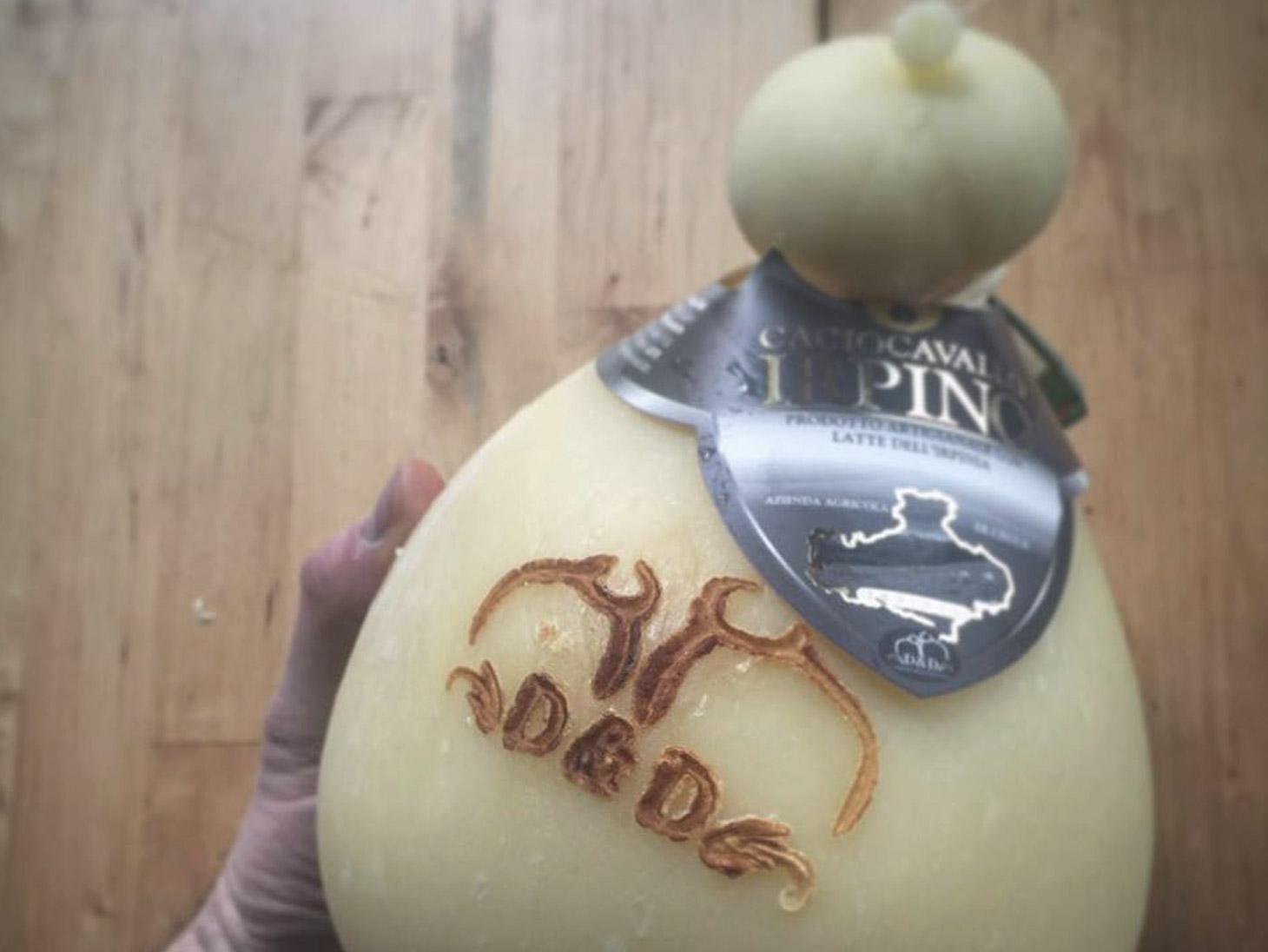 Manchego cheese with vegetable rennet, in order to comply with the religious kosher requirements. No matter how it was first produced, Kaşkaval was and is still eaten in the Turkish-Balkan area. It is mostly eaten as it comes for breakfast with dried fruit and honey.

It is also used as an ingredient for breakfast pastry fillings and recipes, such as the Bulgarian Kashkavalka. It can also be melted on croutons just like the Romanian caşcaval bread recipe or added to polenta, as a variation of mămăligă cu brânză (polenta with cheese).

In Albania, it is served fried in restaurants as a free welcome entrée for the customers. It is this recipe that has given the cheese its reputation in the area: it is coated in flour or breadcrumbs, fried in extra virgin olive oil, and served with a squirt of lemon juice or a sprinkling of cumin powder.

CACIOCAVALLO
The Caciocavallo Podolico cheese and the Caciocavallo Irpino di Grotta cheese are two specialities that have been recognised by the Ministry of Agriculture as a “Traditional Italian food Product” (PAT).

According to some, the first document that traces its origin dates back to 1925, when the cheese was presented for the first time at the Fiera di Fiume (Fiume Trade Fair). However, even this is much-contested. If we set aside the name designation for one moment and focus instead on the product specification, the cheese could also have derived from the manum pressum recipe, described by the Roman agronomist, Lucius Iunius Moderatus Columella in 68 A.D.

It’s probably best not to mention the fact that Kashkaval might well have been adopted by the Italics as a result of the mercantile exchanges which have linked Amalfi to Constantinople (now modern Istanbul) since the time of the Maritime Republics. Furthermore, during the Ottoman empire, Albania was linked to Puglia via the Adriatic Sea. Worse still, the Spanish Sephardic Jew matrix in Italy could have been the inspiration.

However, it is promising to discover that some people in Serbia believe that Caciocavallo cheese was introduced to Pirot in 1810 by the Italian communities on the Dalmatian coast, and it subsequently spread throughout the area.

The best thing about this whole story is no matter how or by whom the cheese was first produced, every community has put their own stamp on how they prepare, refine, serve and cook the product.

Fresh Caciocavallo cheese, when aged for 30 to 60 days, has a delicate milk fragrance. When aged for longer, the herbaceous hints of hay, bitter flowers, and sometimes vanilla and spices start to come through; some producers also add spicy notes.

A fresh Caciocavallo Irpino cheese is very scrumptious when eaten as it comes with dried fruit and honey; there are no limits to how it can be used. It is great when used in pasta timballo au gratin, topped on roasted vegetables, melted with a knob of butter and milk to make irresistible Gragnano gnocchi and paccheri, or used to make a risotto or a Montoro copper-coloured onion soup.

It is best served with Paestum Artichokes, aubergines and yellow cherry tomatoes, and used on gourmet pizzas as an alternative or in addition to mozzarella and Provolone del Monaco.

For some time now, the “Impiccato” (hung) version has been a proven success in the Alta Irpinia village festivals; it is hung above a grill to produce a “vertical fondue” which is then served on toasted bread. 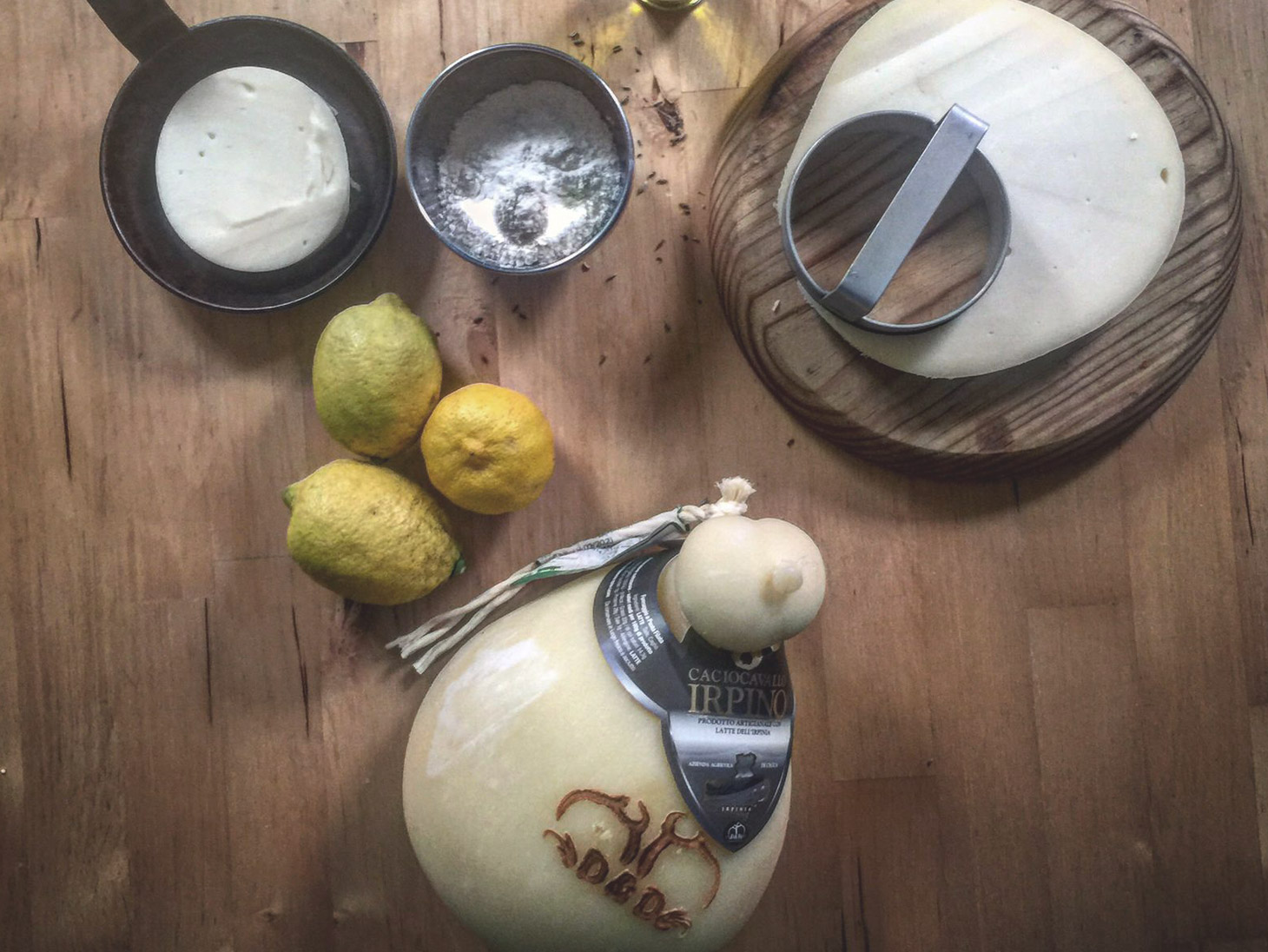 A recipe from Turkey...

Quickly rinse the slice of cheese through cold running water and coat it in the flour before it dries. Brown the cheese in a small amount of very hot oil. When a crust has formed on one side, turn it over to also brown the other side. Serve with a splash of lemon juice or a sprinkle of cumin.

VARIANTS: You can cut the Caciocavallo cheese to your preferred size with a food presentation ring; a small ring can also be used for a finger-food version. Furthermore, the type 0 flour can be substituted with rice flour. To obtain a crunchier texture, cool the Caciocavallo cheese in the fridge or freezer before coating it in breadcrumbs and frying. The cumin seeds can be substituted with fennel or anise seeds if desired. 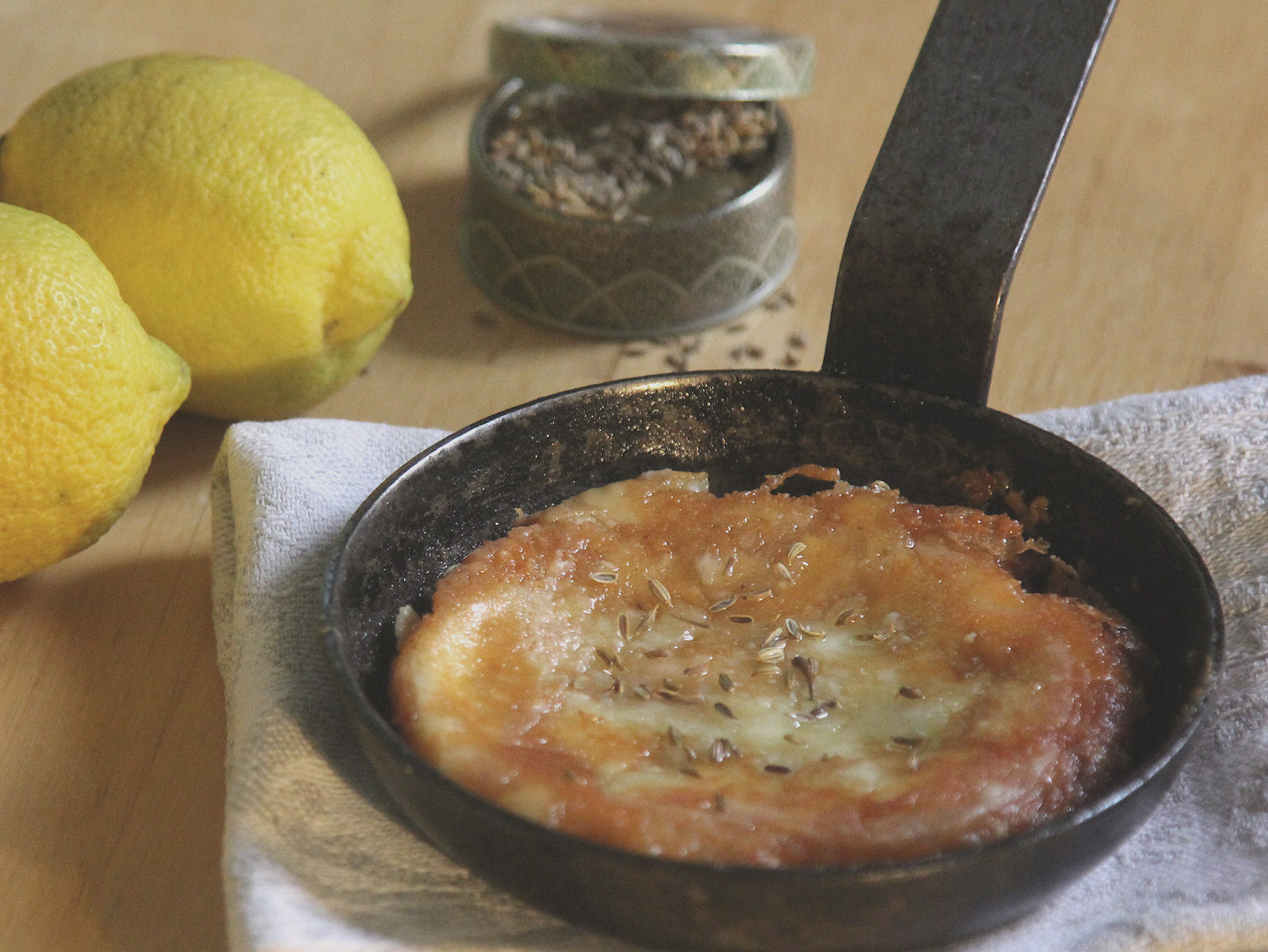