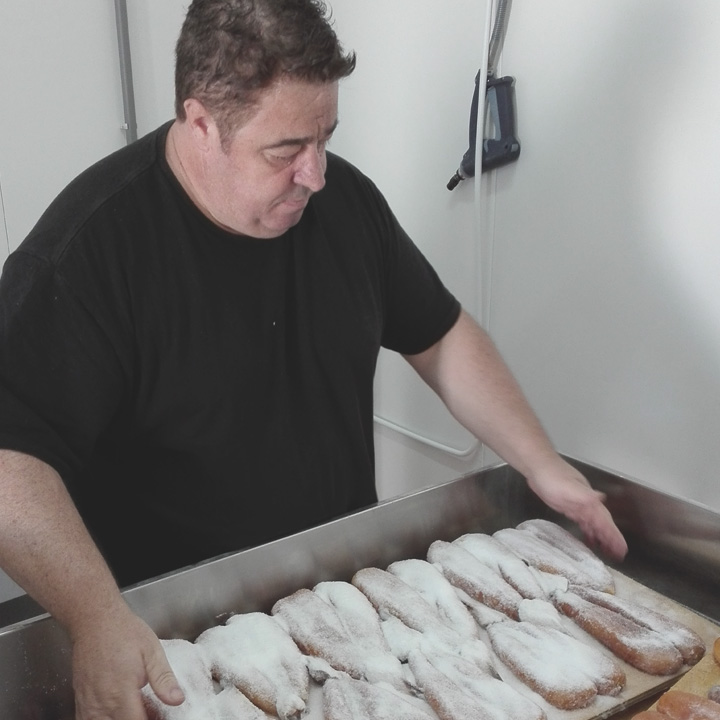 Why we chose them
95% of Mullet Bottarga on the market comes from Africa, Australia or Philippines. However, there's still a small production of the authentic Bottarga of Cabras: five producers, including Pino Spanu, who works the eggs of the mullet caught in the ten ponds around Oristano. Tharros Pesca of Pino Spanu was founded in Cabras in 2004: a laboratory specializing in the artisanal production of bottarga and smoked fish. We have been there to meet him this summer and we visited together the Peschiera of S'Ena Arrubia, a pond 10 km south of Oristano. Here the mullets - from which bottarga is obtained - are fished with a very typical technique from July to September. Pino showed us how to extract the egg bags, which are washed, put in salt for 4-5 hours then washed again and dried on the gratings for 8-10 days. A totally crafted work that, together with the mild climate, the local salt used for salting and exposing to the Maestrale make Cabras Bottarga unique
From the same producer
Show all products