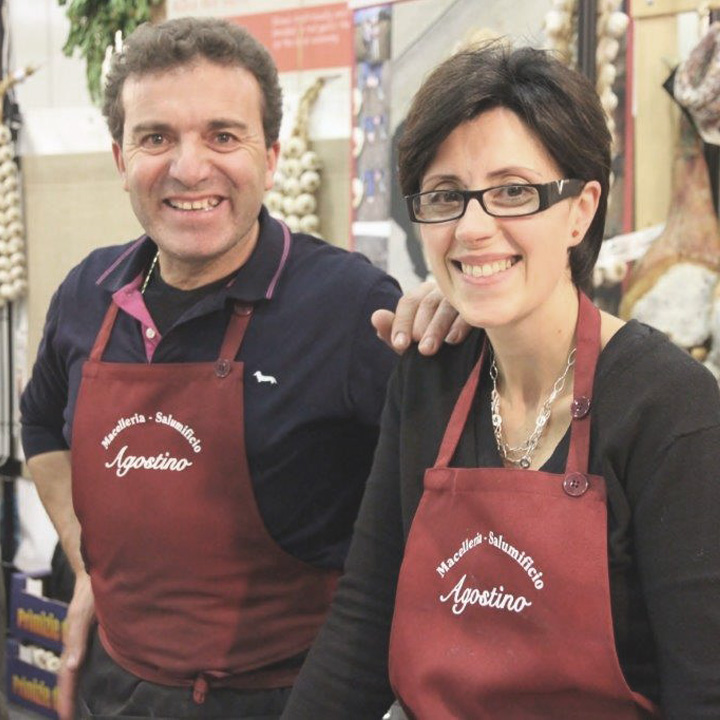 Why we chose them
Luisa e Sebastiano Agostino Ninone started their own farm in 1986 where they raise their herd of Nebrodi Black Pigs and also process the meat to produce a selected variety of traditional local products. Nebrodi black pig is a wild native race of Sicily. Pigs are medium-small and have a black coat with stiff bristles forming a kind of mane along their back. The herd of Agostino is raise in a park of about 100 hectars, full of oaks, pastures where pigs can live wildly, eating acorns, chestnuts and tubers. The pigs are raised in semi-wild or wild conditions in the forests and meadows of the Nebrodi mountains, in the north east of Sicily. They are fed supplementary with broad beans and barley and kept in small huts called "zimme" only when absolutely necessary or when giving birth. The Nebrodi black pig is a Slow Food Presidium, that produces an excellent meat: the extinction of this pig breed would represent a serious loss, in terms of its genetic heritage but also for the local economy and gastronomy. According to the Presidium, pigs have to be raised for at least two years "en plein-air".
From the same producer
Show all products