Pesto is a traditional Genoese recipe made with Basilico Genovese DOP, Extra ... 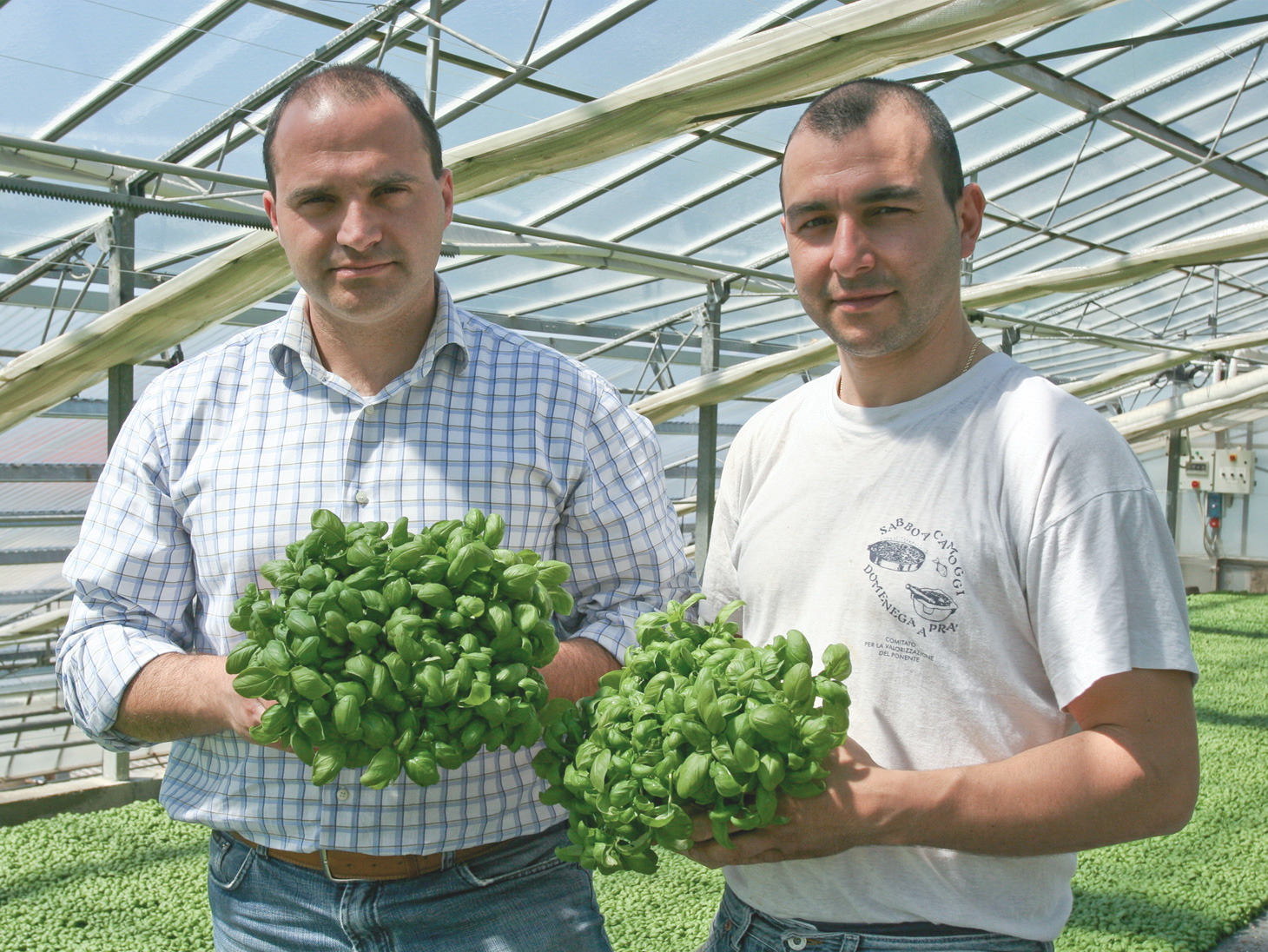 THE HISTORY
Pesto Genovese gets its name from the squashing of basil leafs with other ingredients, in the traditional mortar. It derives probably from a medieval sauce made with garlic which substituted the ancient Roman garum. The “modern” recipe has been described for the first time in XIX century with the name “Battuta d’aglio e basilico” (minced of garlic and basil).

THE FAMILY
Since the XIX century the family of Alessandro and Stefano has been one of the more important producer of vegetables and aromatic plants in Prà. In the ‘20s the firm  has specialized in the cultivation of basil and finally in 2003 it has developed the activity of production of pesto, according to the family tradition.
The production, then, is splitted in two sections, the agricultural one for the cultivation of basil by the firm “Serre sul Mare” and the handcraft production of pesto by the firm “Pesto di Prà”.

PRA’ AND THE BASIL
Prà is located in the western part of Liguria region. The basil from Prà is considered the best one thanks to the particular climate of Prà, the closeness to the sea, the strength of the sun, the presence of the rivers and the flow of the winds. The basil from Prà is soft, light green, with medium-little size leafs and with a delicate aroma without the sensation of mint which characterizes several varieties.
Today, the cultivation of basil in greenhouses is a specific characteristic of area of Genoa and of the western part of the region, instead the cultivation in field is concentrated in the area of Albenga, La Spezia and Sarzana.

THE MAKING PROCESS
Only ingredients of high quality, accurately selected and rigorously Italian. The firm controls the entire production chain, from the cultivation of basil to the production of pesto.
The processing is still handmade, with passion, following a traditional Ligurian recipe described by the Consotium for Pesto Genovese.