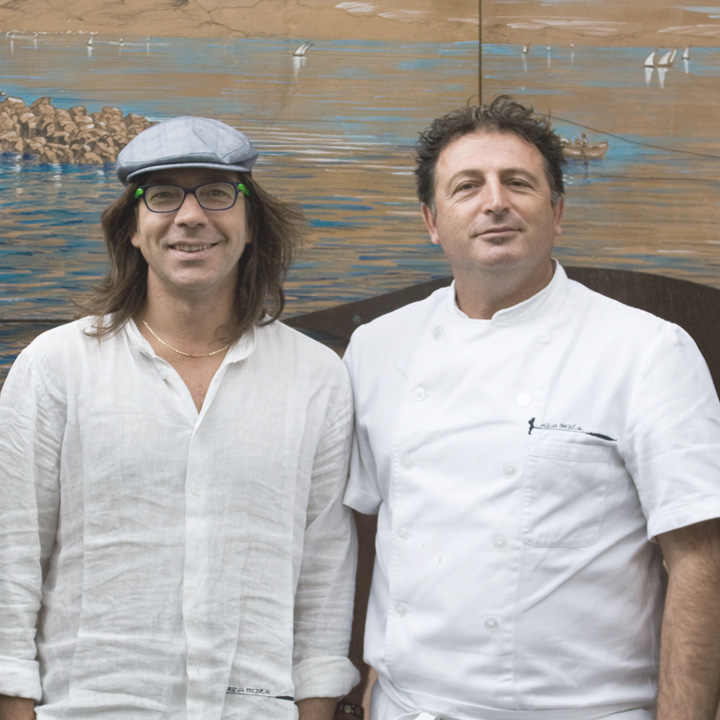 Why we chose them
Cetara, in the Amalfi Coast, has been recognized by Unesco for its beauty and landscape as World Heritage Site. For decades, this small village has experienced the processing of anchovies and tuna. Acquapazza Gourmet is a small company founded in the historical center of Cetara by five members united by their passion for the sea and traditional products of their land, especially Colatura di Alici. Colatura di Alici is one of the most treasured and special ingredients of the Campania region, which roots date back to the Roman ancient condiment called Garum. Acquapazza still produces its anchovy syrup in small and precious quantities, according to ancient and traditional methods. The anchovies, exclusively caught in the Gulf of Salerno, are put in chestnut wooden barrels (called "terzigni") only with salt, then aged for over a year. At the end of the maturation, Acquapazza makes a hole on the bottom of the barrels from where they drain a deep brown elixir: the essence of achovies. After twelve months, all of the anchovies is in the syrup drained from the barrels, a part from the bones and the skins.
Company products