The places of Mozzarella 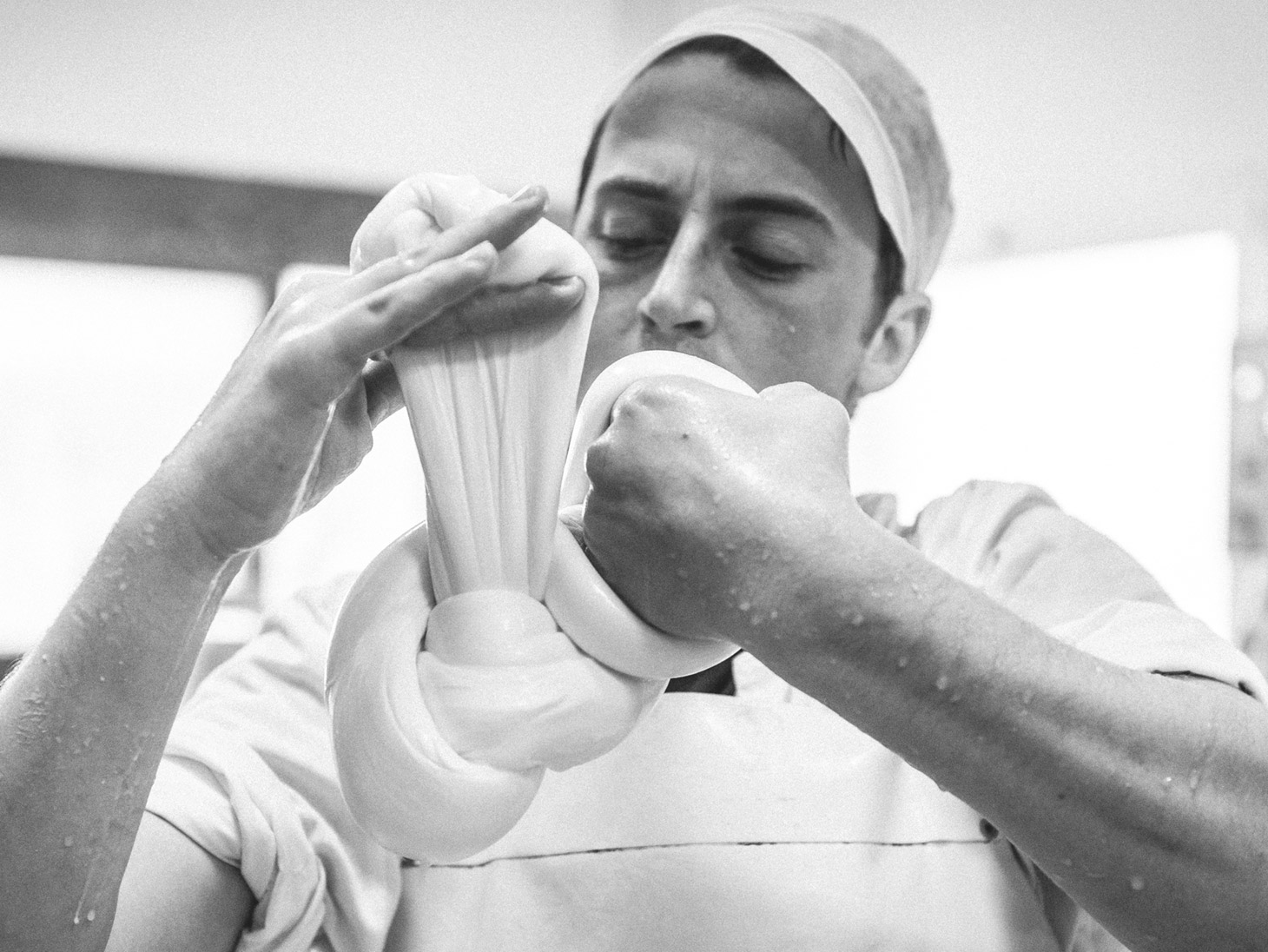 IX century AD, Gulf of Gaeta. Saracens ships emerge on the horizon, the Arab army wants to conquer the center of the Italian peninsula after invading Sicily. You might be wondering what ever this historical event has to do with the theme we are about to face. It fits a lot and we will see why.

It is an accredited version that on the occasion of this event the first buffaloes have arrived in Italy, but not only... We can assume with good certainty that even the technique of stretching the curd has arrived the same way and in the same period. But arrived from where? From Mesopotamia, the current Iraq, cradle of dairy art.

Only 200 years later it began in Campania the production of Buffalo Mozzarella, at the convent of San Lorenzo in Capua, where it is said that the monks offered to the pilgrims a rancio composed of a called cheese “mozza”, a name associated with gesture of cutting the dough. Wars, invasions and dominions have certainly left devastation and death, however they have been through new ingredients, recipes and techniques that have traveled with invading armies and then integrated over the centuries with usages and costumes of conquered territories. And so, before starting our tour, we become aware of the fact that yes, the origins of mozzarella are Italian, but the “pasta filata” technique was born elsewhere, very far from Italy. There where probably happened to want to revitalize with hot water one “forgotten” curd, resulting in a stringy mass.

It is so natural to start from Mozzarella di Bufala Campana Dop, produced in much of Campania, low Lazio and the territory of Foggia province. The producers we have selected in the last years, Caseificio Anteo (brand Lady Bù) and Rivabianca Dairy, represent two different schools, the school from Caserta in the first case and from Salerno in the second one. With a most opaque color and a softer consistency the first and more toned, porcelains, and a more crispy texture the second. I leave to you the considerations about the differences on the organoleptic profile. Anyway we should expect from a buffalo mozzarella from Campania an intense taste, with a slight acidity accompanied by notes of undergrowth, moss and animal hints. When cut, it releases the characteristic buttermilk and clearly highlights the texture of the stringy dough.

Moving towards the Adriatic side we find in Molise the Fiordilatte, a name given over the centuries to differentiate cow mozzarella from buffalo ones. The taste is sweeter and little tangy, lactic notes predominate. The processing of fiordilatte was born in the territory of Agerola and later spread throughout Italy. Today the term “fiordilatte” identifies in the common sense, even in the absence of a specific regulation, an artisanal cow’s milk mozzarella, produced for example without citric acid. Unfortunately in the last years artisan identity of mozzarella was very diluted, as market demand grew so much so that today it is very difficult to trace one clear difference between fiordilatte and mozzarella.

We could not stop at Andria, native land of Burrata. It is a recently invented product - it has not yet reached the century of history - whose origin is linked to Lorenzo Bianchino, cheesemaker and shepherd. It is said that, due to heavy snowfall, not being able to transfer milk to the city from his farm and having to process it, Bianchini tried to make a fresh product inspired by the “mantèche”, a kind of caciocavallo filled with butter. Referring to the peasant culture that did not allow waste, he thought to reuse strips from mozzarella production leftovers, mixing them with cream and wrapping the whole thing in a casing made of pasta filata, too: and here is born the Burrata. The taste is sweet, buttery, very little savory, the consistency is creamy and smooth, possibility of coupling in the kitchen are endless.

Finally let us go up to the North, where only in the last 10 years buffalo farms have been developing. Here Borgoluce is producing a buffalo milk mozzarella, not to be confused with its sister from Campania; territory, tradition and climate (you should already know) offer different results. Borgoluce mozzarella is sweet, sapidity is just hinted, few hints of moss and animal and a note of coconut is sometimes perceptible.

Still any doubts on the Mozzarella for your Caprese?