Can we say just Coppa?

Have you ever asked for a few slices of Ossocollo to a butcher in Piacenza,... 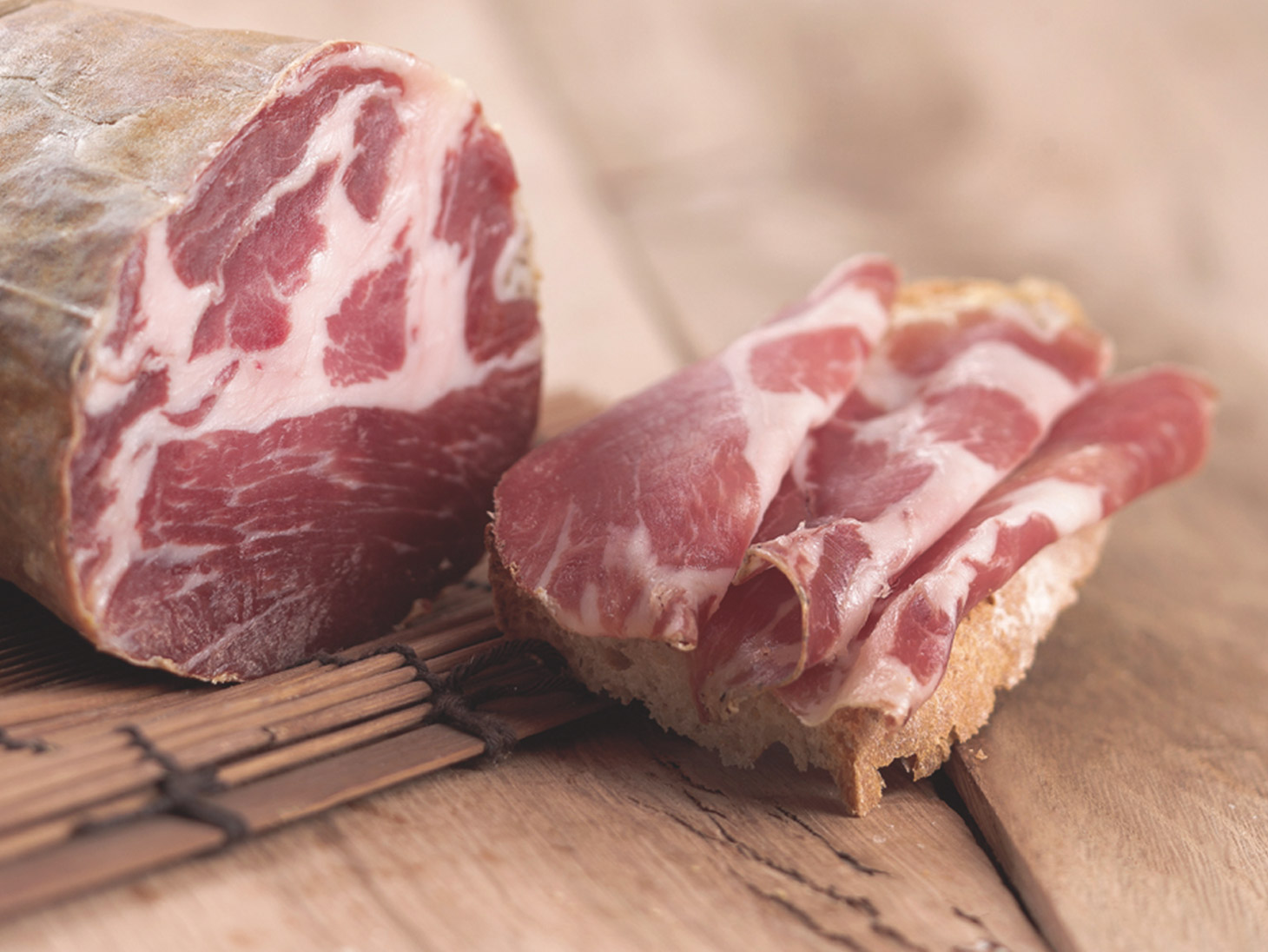 Have you ever asked for a few slices of Ossocollo to a butcher in Piacenza, Emilia Romagna? Or some Lonza to a delicatessen in Apulia? In both cases the reaction behind the counter would be probably the same: disorientation.

The Coppa, or Capocollo, or Lonza, or Ossocollo, or Scamerita, or Finocchiata are the same product, obtained from the same anatomical cut between the head and the shoulder of the pig, but produced in different regions. Someone claims that the Capocollo comes from the cropped cut, but we will not focus any longer on this debate.

Yes… once again we are in front of a common situation in the meats world: the same cut has different names depending on the region or the province. This occurs because the use of the pork crosses the human history since over 10.000 years. During this time the cuts assumed dialect names, coming from different languages, linked to their anatomical position or to their use in cooking.

We are going to cross Italy from North to South, analysing the different ways to interpret and process this product. To understand the differences, we focus mainly on geography, reminding that every product is son of a territory and of a man that produces it.
Ready? Go!

The Ossocollo Lovison from Spilimbergo (near Pordenone in Friuli Venezia Giulia) stands out for its notable size, linked to the slaughtering of mature pigs and a not very long aging. The taste is sweet and balanced, without a predominant spicing. To note that this Ossocollo is free from preservatives.

In the direction of Arnad in Valle d’Aosta, we will find Coppa al Ginepro by Bertolin. This product comes from an alpine farming culture that was often isolated from the supplies of raw materials and for this reason uses the local product, such as juniper berries. The Coppa rests for 45 days in the juniper and then continues the aging for at least another 5 months. Really perfumed and sweet.

Let’s start descending along Italy. First stop at Strà di Nibbiano, near Piacenza, in Emilia Romagna, the cradle of Italian cured meats. No needs to say that the product in question is the Coppa Piacentina DOP by Antonio Grossetti, that matures for at least 6 months wrapped in the fog of Po Valley, as the production specifications require. During the aging, the Coppa develops a thin layer of white mould that makes it more fragrant. Anyway, the taste is sweet and delicate.

Crossing Tuscany (where we find the Scamarita), Lazio (where we talk about Lonza), and so on down to Apulia, we bump into two different interpretations of the product: Capocollo di Martina Franca by Giuseppe Santoro and Capicollo Fattibene dei Monti Dauni (Foggia). Both of them are aged approximately 90 days and they derive from an ancient tradition that asks for a seasoning with vincotto (slow cooked grape must) before maturing. A couple of differences: Capocollo di Martina Franca is slightly smoked while Fattibene one is produced without preservatives. The aromatic profile of both is sweet, with notes of vincotto and toasted fruits.

At the end of this short tour we are sure that now you will certainly know what to ask when you enter an italian delicatessen to buy some… Coppa!