The Basics of Cheese: Starter Cultures 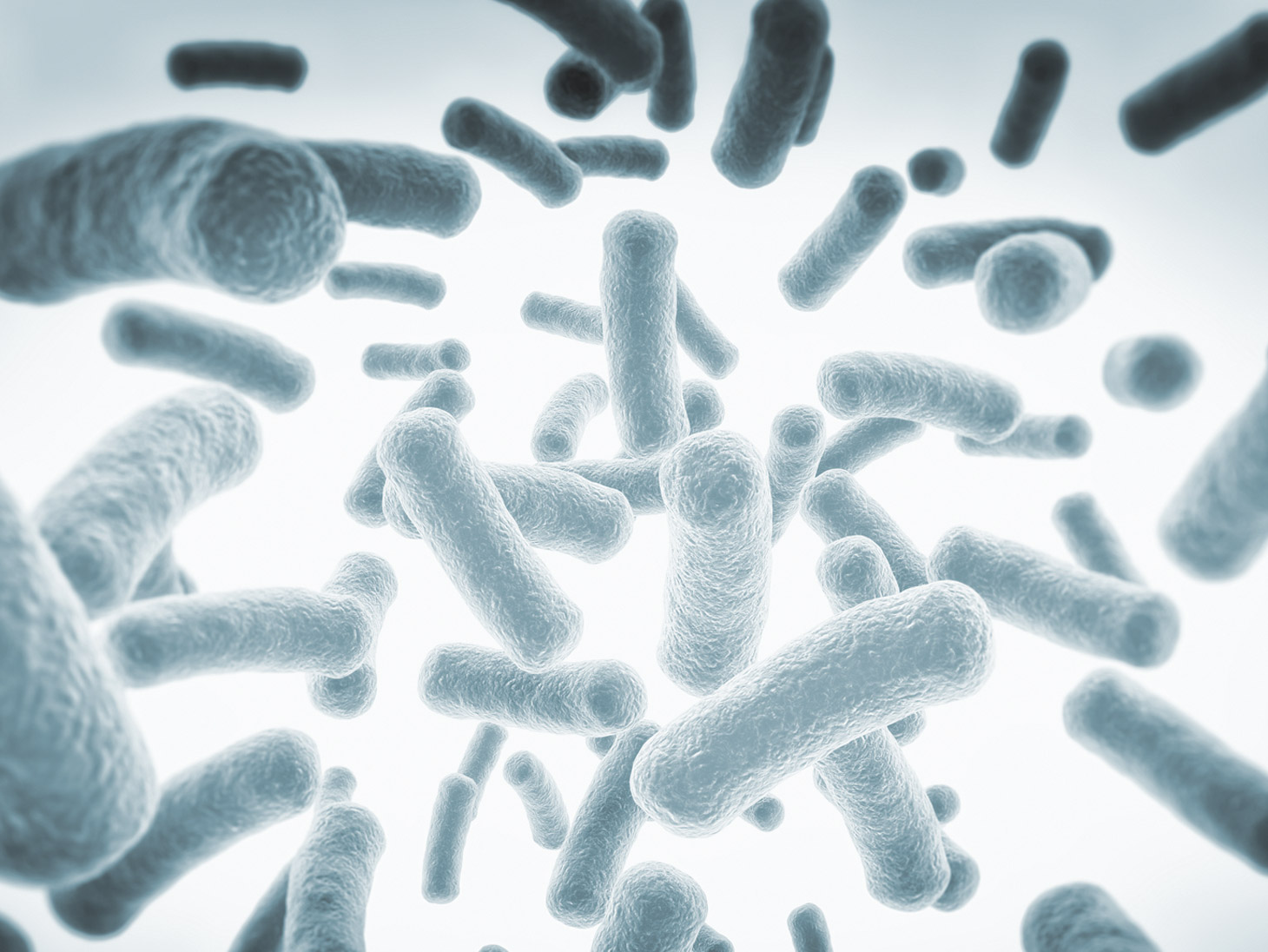 When we talk about cheese we talk about types of milk, types of rennet, raw or pasteurized milk. But there is a small, invisible ingredient, which “disappears” from the cheese once used, and is not even listed on the label: the starter culture.Yet they play a fundamental role in the production of cheese: in addition to the quality of the milk, each coadjutant used (rennet, ferments, etc.) is in fact critical for the final result.

Starter cultures are one of the coadjutants used in cheese-making, but their excessively or unnecessarily usage can compromise the quality of the cheese.

Usually lactic ferments are considered an added value, an important ingredient that completes some foods for health reasons. However, in the dairy field it is not always the case.

All bacteria are identified by a double name, the first identifies the genus, the second one the species: (genus) Streptococcus (species) Thermophilus, (genus) Lactobacillus (species) Bulgaricus.

Another important distinction is related to the substances produced by the fermentation of lactose:

Which is the role of starters in cheese-making?
Starter cultures consume the milk’s lactose, producing lactic acid which makes the milk more acidic or sour and thus creating the best climate for the curd to form. The more acidic the milk becomes, the easier it is for the curd to expel the whey. They also play a key role in the aroma, texture, and flavour generated as the cheese is matured.

Starter cultures are used early in the cheese making process to assist with coagulation by lowering the pH (increasing acidity) of milk prior to rennet addition, but they also:

Starter cultures are therefore inoculated in the milk before the addition of rennet in order to enrich it with a dairy microflora useful for the successful maturation of a cheese. 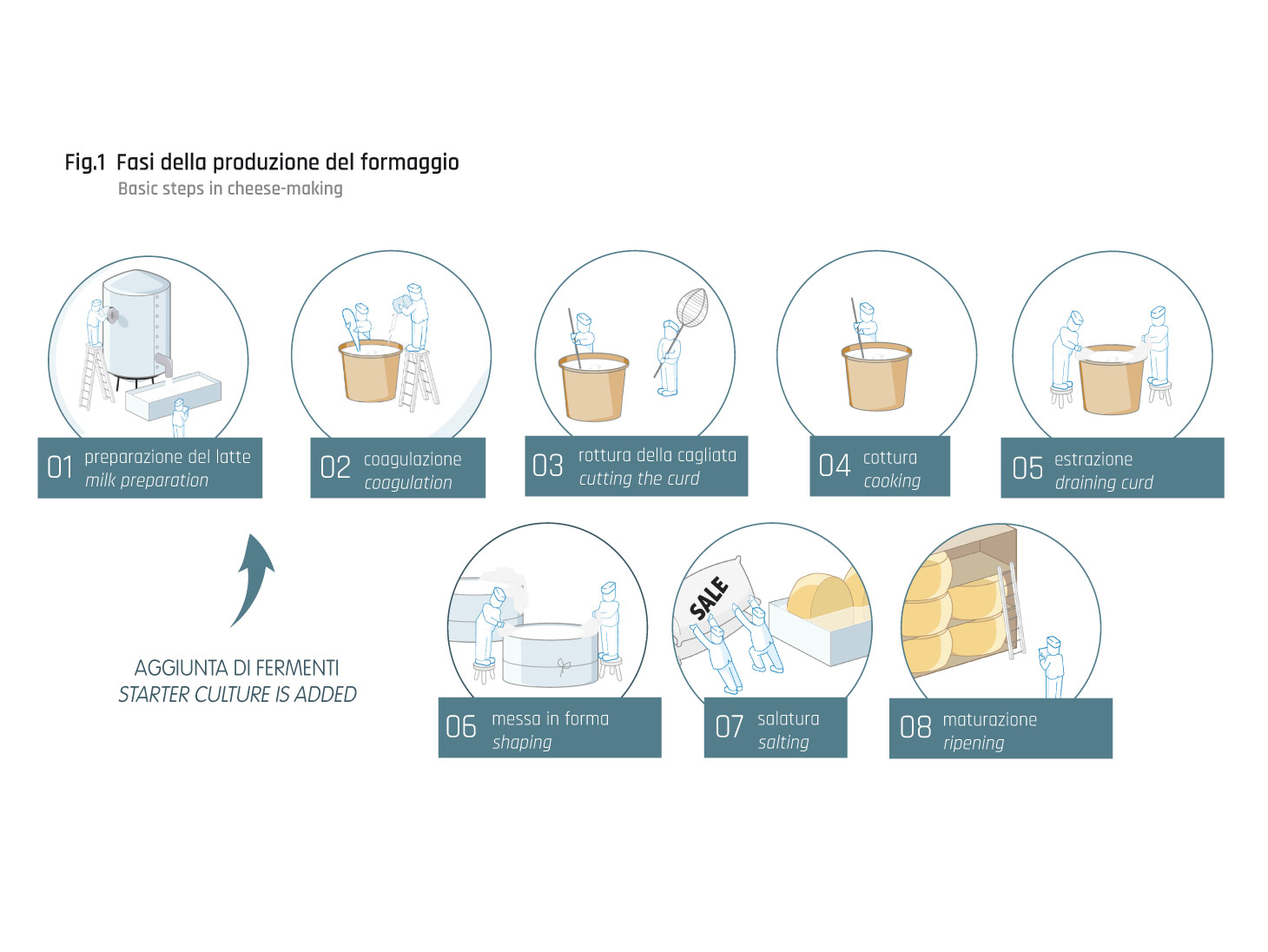 Where are the lactic ferments?
Lactic bacteria are naturally found in the milk, in the stable and in the dairy, on the hands of the cheese-maker, on animals’ udders, on the bucket used for milking, on wooden tools. In this way they represent a strong link with the territory and the place of production.

But today the majority of dairies no longer milk by hand, wood is often banned from dairies and the milk passes from tube to tube, from steel to steel, through a perfectly hygienic environment, easier to clean and “safer”, that inhibits the growth of bacterial flora.

As a result, the bacteria now must be added to raw milk, as they always have been to pasteurized milk.

We might say that the cheese-maker is required to add commercial starters because the milk is essentially “too clean”. But it would be too simplistic: adding starter also makes the results more consistent and constant, the proportion of final defects is lowered, making the process of cheese making safer. Starters become then a shortcut to reduce risks in cheese-making, and this has to be taken into consideration, especially when cheeses are sold far away from the place where they are produced.

Which lactic acid bacteria might be used?
The cheesemaker can choose to buy “commercial starter cultures”, that are usually produced in laboratory by global companies and solt frozen or dried, or decide on the other way to produce them himself from his own milk or from his own whey. In this case we talk about “natural lactic bacteria”, that are natives of that territory, strongly linked to the dairy environment from which they originate.

Buying cultures for making cheese is a straight forward process. There are a number of suppliers which can be found selling pre-blended and packaged cultures.

On the other hand “natural ferments” can be produced directly in the dairy starting from milk or whey, giving rise to milk-starters or whey-starters.

Depending on the final characteristics of the cheese he wanted to obtain, the cheesemaker will choose the lactic bacteria and the technique to be used.

Milk-starters and whey-starters
It is possible to create a mother culture in cheese-making, very similar to the process of using a sourdough starter in bakery.

Using a natural whey-starter technique consists in adding to the milk some fermented whey, rich in natural lactic ferments obtained from the processing of the day before. It is a technique required by regulation in the production of different PDO cheeses, such as Parmigiano Reggiano.

Milk-starters are used mainly for soft cheeses. It consists of adding to the milk of the day another quantity of milk that is first heat-treated and then left to incubate at a defined temperature, in order to foster the natural development of the bacteria.

Preparing bacterial cultures in the dairy requires knowledge of the milk of origin, but also of what you want to get according to the cheese to be made. It leads to definitely less consistent results, but this is the true signature of the cheese-maker. No doubts that natural starters (autotochna microflora) represent a strong link between a product and its terroir. No doubts on the other hands that commercial starters eliminates defects, but at the same time they standardise flavors.

The importance of lactic bacteria for linking a cheese to its production area is clear to the Consortia for the Protection of PDO cheeses. Often in the regulations we can find the constrain not to pasteurise the milk and the list of the starter cultures that are allowed in the production. Moreover, some regulations prohibit the use of commercial starters and require the producer to use whey-starters (e.g. Parmigiano Reggiano DOP, Grana Padano DOP, Mozzarella di Bufala Campana DOP, Piave DOP).

Starter cultures must be necessarily used when the milk has been pasteurised and therefore all its original lactic bacteria have been destroyed. In this case lactic ferments must be replaced or at least integrated before starting the process of cheese making.

Unfortunately, it happens more and more often that dairies, even those of small or medium size, use selected starter cultures while having a good quality milk that would not need to be pasteurized. These choices are often due to the lack of knowledge of raw milk by cheese-makers, exploited by the industry that has formed its sales representatives by turning them into consultants for the cheese-makers.

Many troubles may occur in cheese making: a slow or too rapid coagulation of milk, the difficulty of achieving a correct acidification, the development of holes and eyes when they are not required. When the cheese-maker does not have the necessary skills, big industries find an easy entrance. As we said already, starter cultures represent a shortcut in cheese-making, with some benefits but also with some disadvantages: on one hand they reduce defects, but on the other hand they tends to homologate the taste and smell of cheeses.

Quality of milk loses its importance because the link with the territory is missing, the specific microflora of that territory and that dairy has been supplanted by a microbial flora selected in the laboratory.

All the issues that can arise in cheese-making cannot be resolved exclusively with the use of starter cultures.

Very often they depend on milk quality and for this reason it would be advisable to check upstream, in the stable, evaluating the health and feeding of animals and the possible causes of pollution. Breeders could positively influence the quality of milk and consequently give to the cheese-maker the opportunity to experience the usage of whey-starters and milk-starters instead of commercial packages.

Two are the main ideas we would like to conclude with: (1) if we want to safeguard local production, talking about raw milk is not enough, despite it is the only possible starting point; (2) once again the short supply chain, i.e. the transformation of milk within the same farm where it is produced, offers the possibility to control the quality of milk from the beginning and, as a consequence, to improve all stages of production.