Giuseppe Cipriani, the owner of the famous Harry’s Bar in Venice, is the cr... 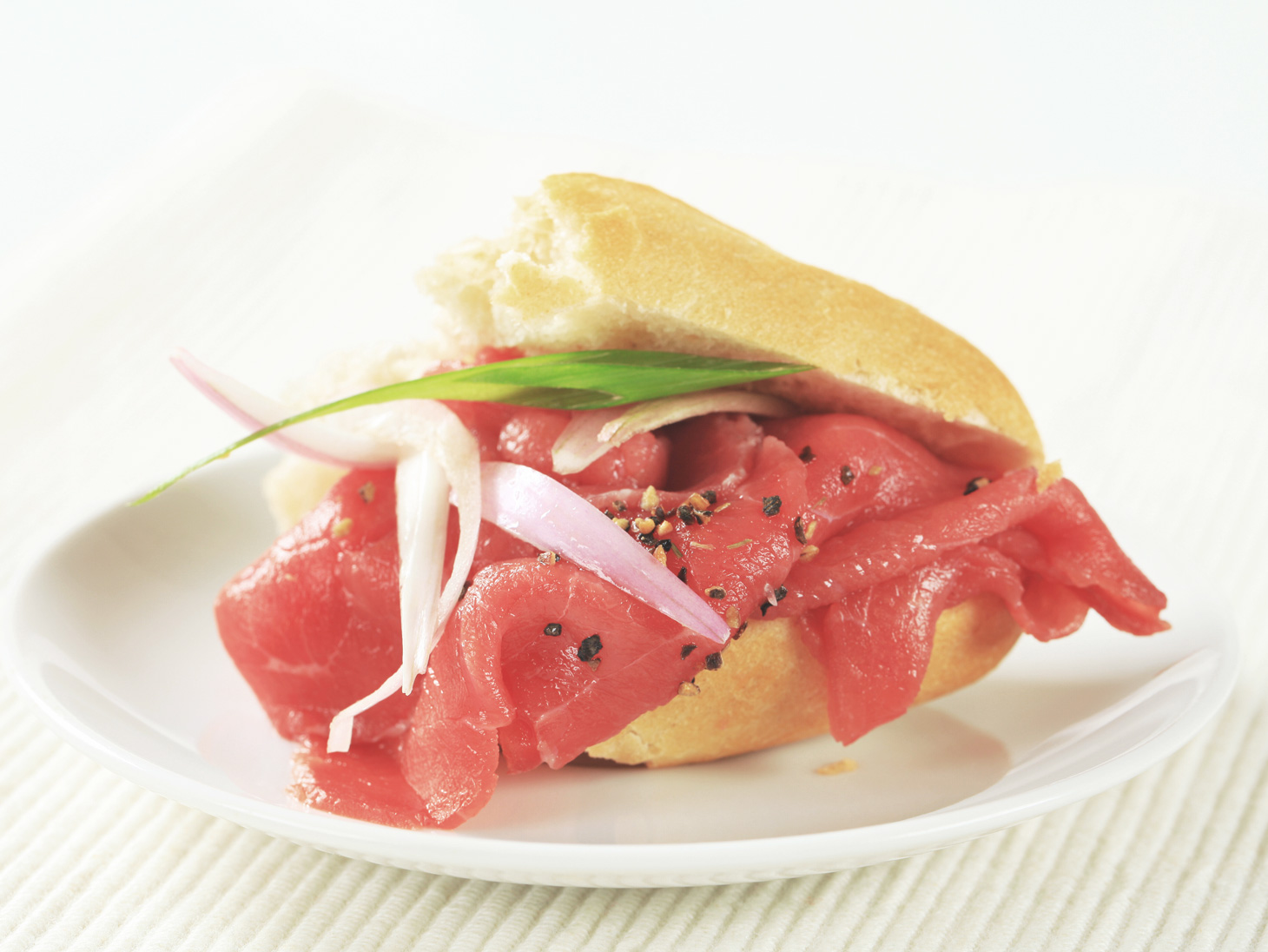 Giuseppe Cipriani, the owner of the famous Harry’s Bar in Venice, is the creator of the Carpaccio. This dish was served for the first time in 1950 to the countess Amalia Nani Mocenigo who couldn’t eat cooked meat.

This dish was named Carpaccio in honour of Vittore Carpaccio, a venetian painter of the Renaissance period whose paints were exposed in an exhibition in Venice in 1950. The characteristic red tones used by the artist in his paintings remind to Giuseppe Cipriani the colour of the raw meat used for his recipe, so he decided to name his dish Carpaccio.

From 1950 to today, the Carpaccio has gained an important role in the international gastronomy and today we use the word Carpaccio even to define thin slices of raw fish or fruits.

Here some suggestions for a classic Carpaccio made with raw meat: the first product of our selection is the Carpaccio di Bresaola Piemontese by Coalvi made with the silverside cut from Piedmontese caws. The Piedmontese is a breed of cattle of Piedmont region; the meat is famous for its flavour and its softness.

From Trentino region the Carne Salada di Smaranina by F.lli Corrà, produced with beef from Grigio Alpina race. The meat rests for a month in a brine enriched with spices, herbs, red wine “Lagrein” and lemon juice.

Another traditional product from Trentino region is the Carne Salada Tipica by Macelleria Cis Massimo; the meat is processed following a traditional recipe of Trentino and marinated for about 20 days.

Then the Carne Salada Coati by Salumificio Coati is produced with the topside cut; the meat rests in a mix of salt and mountain herbs.

From the marinade process to the smoking process: the Manzo Affumicato – Smoked Beef – by Bernardini Gastone is cold smoked with beechwood and then matured for at least a month.

Also the Black Angus –by Bernardini Gastone again-  is lightly smoked with a cold process; this meat has a good quantity of fat and derives from an ancient and famous race of Scottish origins.

We close the selection with a pork meat proposal: Lombetto alla Ghiotta by Rugger Spa, produced with pork loin from Italian pigs. The meat is marinated and massaged in order to give it a pleasant soft texture.